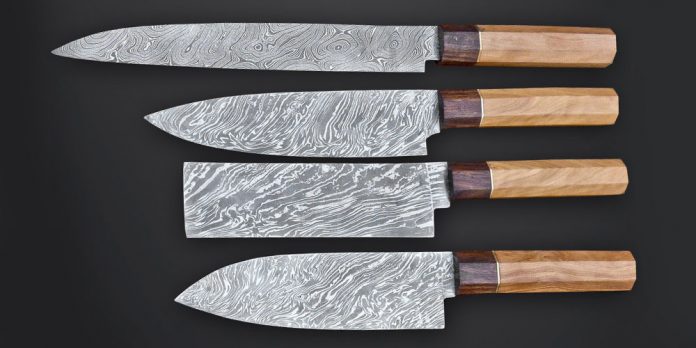 The point is the front end of the knife blade. The part can be sharpened to create a fine point to help with piecing the surface of fruits. This point could also help to create a starting point when slicing fruits and other foods.

This is the part of the knife that is used for cutting, dicing, or slicing. The blade is crafted from different materials with varying properties. The size and shape of the blade determine the use of the kitchen knife. The common materials for making the blade include titanium, aluminum, ceramic, and steel.

The end of the knife’s edge is called the tip. This part is below the point and is often used for cutting the delicate parts of meat or other cutting tasks. You can use the tip to create the beginning of clean cuts.

The upper part of the blade that is opposite the edge is called the spine. It is the blunt part that is next to the bolster and further from the tip. The strength of the blade depends on the thickness of the blade. On the other hand, the spine is a vital part of balancing the overall knife.

The lower edge of the knife’s blade that is next to the bolster but further from the tip is called the heel. The heel is also significant for determining the blade’s strength because it is the widest part of the blade. If you want to add more pressure or strength to the knife, the heel is responsible for letting the blade cut through tougher and thicker foods.

The tang is a part of the knife that is unsharpened and connects the handle and the blade edge. Among the parts that determine the balance of the knife, the tang is the vital one. This part is also vital for the overall weight, strength, and stability of the knife.

The handle is sometimes called the scale and is the part of the knife you grasp during use. The part could be made from different materials and ergonomic designs to make it easier to use. The tang also can be single steel of steel so that the tang can be used as a handle.

The Guide to Wearing and Maintaining Water Wave Wig

What Are The Deciding Factors For The Best Smart TV Box?