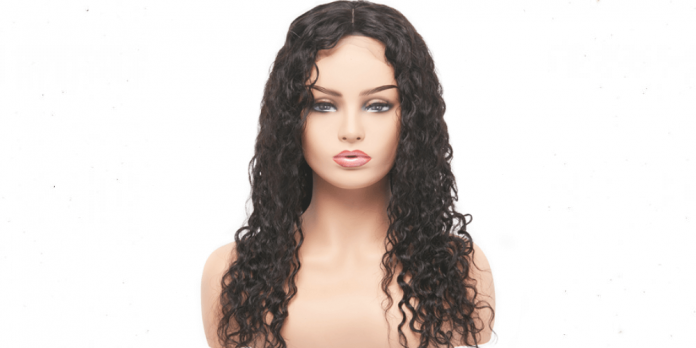 Wigs have become an essential requirement in the lifestyle nowadays. They are widely used around the world, from covering a bald head to enhancing beauty. Wigs have taken on different forms and shapes as technology has progressed. Lace wigs are one of the most fashionable these days.

You may have noticed actors and actresses flaunting their flawless hair on TV or at other famous events and wondered, “Is that their real hair?” To answer your question, they are most probably lace frontal closure wigs. These lace wigs are becoming increasingly popular due to their versatility and natural appearance. Hence, many celebrities are opting for them instead of their hair.

Before getting into the history of wigs and how they have played an important role in the culture throughout the ages, let’s first learn what a lace wig is.

What Are Lace Wigs?

A lace wig, also known as a lace front wig, is a hand-tied hairpiece to a lace base that covers the scalp and is composed of human or synthetic hair. The nice thing about these wigs is that they are undetectable and provide a natural appearance when worn.

Lace wigs are difficult to detect since they look to be growing from your scalp. They sit perfectly on your skin and allow you to experience various styles and looks. These wigs have a lace base that is designed to match your skin tone.

Wigs have played an important role in history. When you look back in time, you will notice that many famous people used wigs for fashion or to conceal their bald heads. These wigs were often worn for costumes or hairstyles and were made from horsehair, wool, buffalo, or even feathers.

Egyptians wore wigs to protect their heads from the scorching heat of the sun. They’ve also been discovered on Egyptian mummy heads. These wigs were worn for centuries. The ancient Greeks and Romans also wore wigs as part of their regular attire. Some civilizations in England in the 1600s used them for protection against lice.

Wings gained popularity among European men once Louis XIII adopted the modern wig to conceal his bald head and encouraged other French men to do the same. Wigs and lace headpieces were widespread among the elite classes of European and North American people by the late 1600s.

Since these wigs were made from human, horse, and yak hair, stitched with silk thread onto a frame, they were intended to stand out. Due to their high cost, they were mostly used for everyday fashion by individuals of wealthy classes.

The social use of wigs gradually reduced over time as fashion among North Americans altered. Wigs began to be used for more objectives, such as supplementing natural hair for religious reasons or masking hair loss in both men and women. As a result, the wigs had to blend in with the wearer’s actual hair.

New ways for creating wigs began to emerge in the nineteenth century. Hair was knotted on a foundation material using a ventilating needle. By the 1870s, the lace machine had made it possible to mass-produce wigs with lace as the base, resulting in a more natural-looking wig. This served as a basis for future lace wigs.

Lace wigs have been and will continue to be a significant part of society. Due to their versatility and numerous benefits, lace wigs have become a popular choice for many individuals. They are used worldwide for a variety of reasons and have shown to be quite successful.

What Are The Deciding Factors For The Best Smart TV Box?

Some Things You Need To Know About Lace Wigs

Using Veganism As A Cure

How To Extend The Life Of Your Garden Hose