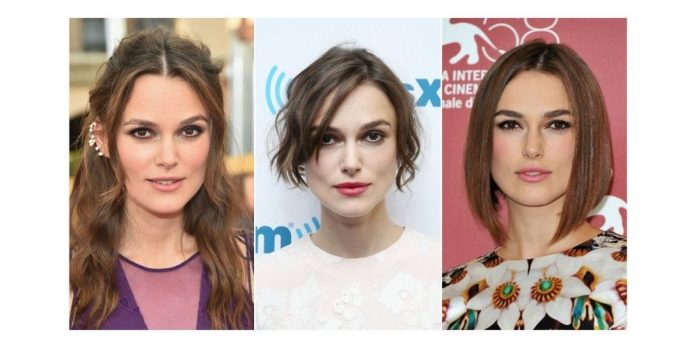 It might not come as a huge surprise that your favorite celebrities wear closure wigs in real life.

Wigs are amazing, flexible, have no hassle, and have no bad hair days.

Celebrities live under this immense pressure to look presentable at all times.

So to achieve that, many of them have been spotted wearing wigs on several occasions.

Some female celebrities who wear wigs in real life are:

The Pirates of Caribbean star claims sporting wigs for over 5 years without being noticed by the paps and her fans.

She revealed that she has been wearing wigs in all her movies because constantly dying her hair with every color imaginable resulted in terrible hair loss.

She claims wigs to be the best thing that has ever happened to her hair.

Dolly Parton has been wearing wigs since 1973 and has never shied away from expressing her love for her hair weaves.

She claims to wear wigs all the time because of her busy schedule, and wigs are so handy.

On occasions, she had been spotted without one, says she believes in being authentic and never hid the fact that she wore wigs.

Talk about being yourself and empowering at the same time

Gwen Stefani and her iconic platinum blonde hair have been every girl’s dream look.

Her locks have been a part of her identity, but luckily for fans, Gwen has been honest about wearing a wig for her iconic look because so many people try to imitate her look.

Wendy Williams has been a victim of a thyroid disease that caused thinning hair.

She is extremely passionate about her wigs and affirms that no wig is always great. You need to always do something to it by coloring the front or deepening the roots,

If there is anyone who can prove that you can wear a wig at any age, its Zendaya.

She affirms that instead of overworking her hair and going bald, she prefers wearing wigs, weaves, and extensions.

She has been slaying her red carpet looks from head to toe.

When people started making a fuss over her different hairstyles on the red carpet, she released an IG video stating that she wears a wig to create a new look every time.

The woman of many charms, Rachel McAdams, has worn wigs for her roles in movies.

Remember Regina George, the leggy blonde with an attitude; Rachel didn’t want to bleach her whole head for the role, so she chose to wear a wig instead.

It came as a surprise to her fans that the gorgeous blonde hair was a human hair wig all along.

Ariana Grande regrets what her hair went through when she was on Nickelodeon’s Sam and Cat.

She had to dye her natural dark and curly hair red for years.

She confesses that the constant coloring destroyed her hair which leads her to wear wigs.

Friends star and America’s sweetheart have been famous for their hairstyles throughout the show.

Everyone wanted the ‘Rachel Green haircut.’

The only thing more popular than Jennifer Aniston during the time was Jenifer Aniston’s hair.

She states it has been a blast to wear a wig. It was like putting a hat on, which saved her time and her natural hair in the long run.

Using Veganism As A Cure

8 Women Celebrities Who Don’t Shy Away From Wearing Wigs

Tips For Decluttering Your Home